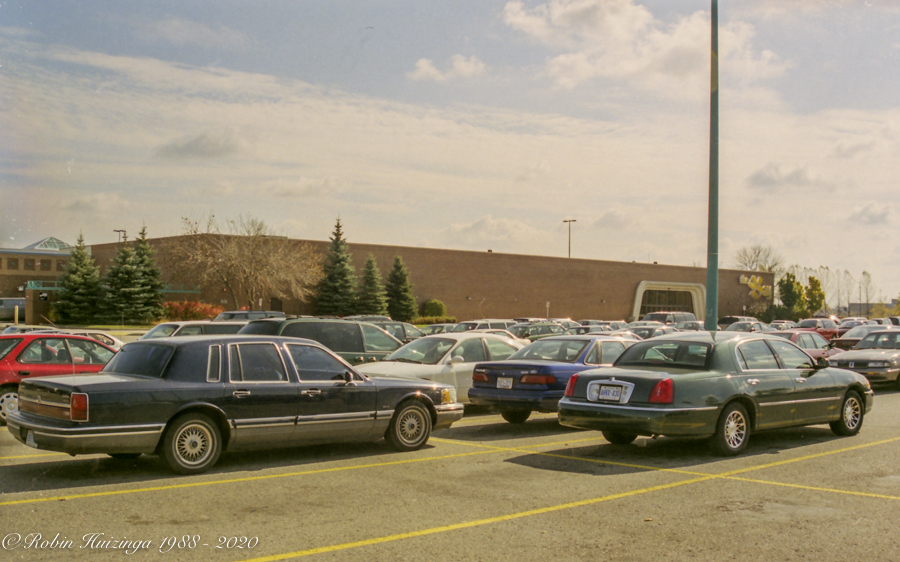 The TownCar was now named after it’s major option package, so this option package needed a new name, which became Signature Series. This Signature Series package came with dual six way power seats and recliner, power mirrors, illuminated storage bins in the arm rests. This on top of the equipment that was standard on the regular model, like twin comfort lounge seats, climate controle and lower door carpeting. For 1981 the instrument panel woodgraining was change from mahogany to rosewood.

In 1982 the TownCoupe was dropped and so was the 5.8 V8. The Designer Series was introduced on the TownCar, essentially an upgrade of the Signature Series. This was a Cartier edition with Light Pewter over Opal exterior with an Opal leather with Light Pewter cloth interior. For 1983 and 1984 there were a few refinements with a new generation of electronic radio’s as the biggest change

In 1985 the TownCar received a major facelift with a totally redesigned rear end. The taillights and centered back panel were forward canted giving the rear a modern look. Also the front and rear bumper became narrower. In the interior the door trim panels were redesigned, dashboard cluster lightning improved and speed control, tilt steering wheel, interval wipers became standard equipment. The 5.0l V8 was still the only engine available.

1986 came with the introduction of a few novelties for the TownCar such as power decklid pulldown, auto dim rearview mirror and a JBL audio system. Also the seat trim style and fabric was revised, introducing a loose pillow effect. The most interesting novelty for 1987 was the Sail America edition, which was a limited edition based in the Signature Series. Finished in Arctic White with a dark blue carriage roof and an Oxford White / Shadow Blue leather interior.

For 1988 the TownCar received a mild update. The front grill was restyled and the taillights were restyled. In 1989 the front indicators received orange lights. It became clear that succession was waiting.

Read about the second generation TownCar in the next post.